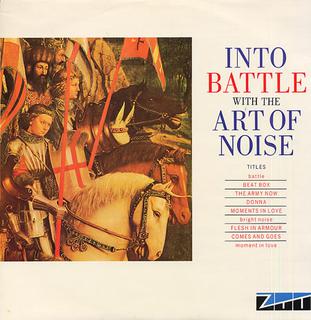 When I was about nine years old, I seemed to indicate an inclination to learn music, so my parents brought me to a private music school in our neighborhood, a converted house across Fountain Avenue from Hollywood Presbyterian Medical Center that was run by an older Armenian gentleman.

At Christmas parties and other events, I, like many kids would see a drum kit, pick up the sticks (either with or without permission), and bash away. There was always something so cool, so primal, about the drums. Plus it seemed easy. So I asked my parents, “Can I learn to play the drums?”

My parents, politely, but emphatically told me, “No.”

I’m actually a couple years older than my parents were at the time so I understand the rationale behind their decision. The nose generated by a drum set in the house was one chance they were willing to take, for a multitude of reasons.

So I asked them if I could learn my second choice, which was guitar. Their answer was much, much more favorable, though those lessons didn’t quite stick with me at the time and I sort of started anew with piano some 2 1/2 years later.

Just before the time when I picked up the piano, I was a scrappy little pre-teen that loved video games, Star Wars and break dancing. Rock Steady Crew I wasn’t, but I could rock the backspin, kickworm, and a couple of pop-lock moves at the time. There were a couple of breakdance “anthems” at the time, played constantly on 1580 KDAY (the pioneering hip-hop station of ye olde school) one of them being Herbie Hancock’s groundbreaking “Rockit,” and another was this mysterious song, by a mysterious band.

It began with drums. Loud, heavy drums. And it had crazy car ignition and skidding sound effects. And horn blasts. And vocal sounds. And unintelligible voices speaking. It was like from outer space. Or the future. It was gutsy. It was raw. I heard nothing like it before.

It was The Art Of Noise.

As I grew older, from aspiring breakdancer into aspiring musician, a few secrets became revealed for me: That all of the sounds heard on “Beat Box” were not what they seemed, but were “samples” recorded, played back and arranged on a Fairlight CMI (a.k.a. that expensive white keyboard with the computer screen that Nick Rhodes has off to the side). Those babies cost about $30,000 each – about the price of a house at the time.

I also learned that this mysterious “band” wasn’t really a band but a bunch of producers, musicians and engineers from England who were also behind some

Post Tagged with : Beat Box, Drums, Sampling, Songs That Changed My Life, The Art Of Noise