Recording: Add Some Sparkle With Chimes! 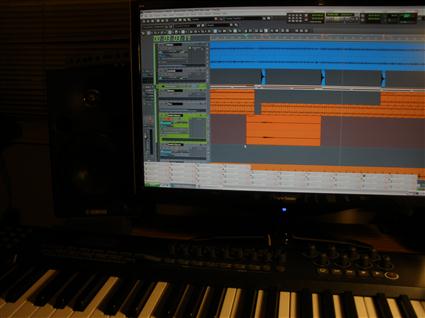 I had Keith come down on Sunday to record some percussion, particularly for some of the newer songs I’ve recording – namely “Why Love” and the ballad, “I Would.”

[Listen to an acoustic version of “I Would” on Soundclick.com]

He brought his congas and we did those tracks, and even re-recorded some others (“Invisible”), where the newer track gave the song an added energy.

But tonight the highlight was the windchimes. Keith recorded a few windchime accents on some of the track, especially on “I Would” and the chimes gave the song some added sparkle. And even though my two condenser microphones were not of the same make and model, it was more than worth it to set them up to record the chimes in stereo – that made a huge difference, as recording windchimes in mono sounded rather lifeless. The end result was something that made the recording sound a little more big-budget than the usual (because who else uses windchimes in their recording?)

The thing that tripped me out was that the windchimes was a total physical instrument. It wasn’t just a matter of striking them, but a matter of muting them, which is done with both arms. I have a total new respect for the chimes now! Forget “more cowbell” – it’s all about the chimes! 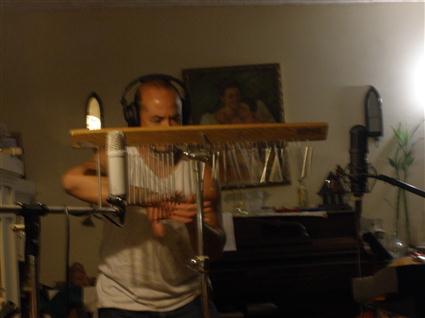 Keith and the chimes.